Brandon Lewis, the Housing and Planning Minister, recently announced that the Government has permanently extended the permitted development of office-to-residential properties.

The Government initially introduced the scheme in May 2013, and these temporary measures were due to expire 3 years later on 30 May 2016. Now, the permitted development rights have been made permanent. This will effectively extend the time limit for those who already have existing prior approvals to complete the conversion by May 2019.

The announcement is clearly good news for developers and owners of office units that are currently underused. The shortage of residential housing coupled with empty office space, particularly during the recession, meant the scheme was an attractive proposition for developers.

However, with an upturn in the economy, we may potentially see an imbalance between residential and commercial property availability in some areas as the demand for office space picks up. One possible outcome may mean a squeeze on rental prices by commercial landlords for tenants requiring offices.

Under the current scheme, local authorities have the ability to make what is known as an Article 4 direction which allows them to continue to determine permitted development on a planning application basis provided they are able to justify their decision. It is envisaged that this will be allowed under the new scheme with local authorities having to apply by no later than May 2019.

Another concern has been raised by the Royal Institute of British Architects (RIBA), who have stated that whilst they are not opposed to the idea of an offices function being adapted to a housing use on a case by case basis, the homes delivered under the policy are exempt from space and environmental standards and there is a clear risk that this will lead to low quality housing. They are particularly concerned about the number of very small apartments being squeezed into converted office buildings across England.

As the Housing Bill passes through Parliament, full details of how this scheme will work should become clearer.

If you are looking for legal advice on landlord and tenant property disputes,
please call us on 01892 510 222 or fill in our online enquiry form. 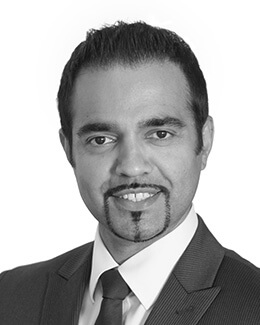 After obtaining an LLB honours degree in Law at the University of Kent at Canterbury in 2000 and successfully completing the Legal Practice Course at the College of Law in London, Daldeep (known as ‘Dal’) joined Buss Murton in September 2001 as a Trainee Solicitor and qualified in 2003.

At the age of 25, Dal set up Buss Murton’s first standalone Commercial Property Department. Three years later he became one of the youngest Solicitors to be appointed Partner at Buss Murton. Dal is now the Partner in charge of the Property Department across its four offices, the firm’s Senior Responsible Officer for its Conveyancing Quality Scheme accreditation and he is also the Training Supervisor for the firm’s Trainee Solicitors.