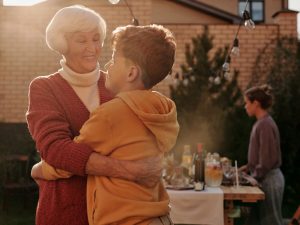 This article builds on articles that this firm published some five years ago.

Whether it is lifetime made ‘chargeable transfers’ ( placing assets into trust generally speaking)  or whether it is the more usual ‘potentially exempt’ transfers, as most gifts to non-exempt beneficiaries are, it is very important to keep a record on a rolling seven year basis of those potential lifetime use of the nil rate band so that your executors understand what is, and what is not, claimable out of your nil rate band allowance on the occurrence of your death. If they mistakenly claim allowance figure for your estate which it is not entitled to and this is ascertained by HMRC, then that will have adverse implications for the Executors, personally, particularly if they have not taken reasonable steps to ascertain the true position themselves.

Again care needs to be had with that as the Executors will need to be able to show that the deceased were married or in a civil partnership with their pre-deceased spouse or civil partner ( as evidenced by a marriage certificate etc.),  that there was no divorce or dissolutionment of the civil partnership before that individual’s death, and that by the probate or by the operation of the rules as to succession for those with no Will or no valid Will (intestacy)  or by operation of survivor-ship of joint tenancy held assets, that assets passed ‘nowhere else from the pre-deceased spouse’s or civil partner’s hands other than to the surviving widow/widower/surviving civil partner, i.e. that there were no assets passing to children or other non-exempt beneficiaries for the purposes of IHT law.

Since 2015 we have had the advent of the ‘residential nil rate band allowance’ being a secondary inheritance tax allowance usable on their own death.

In the simplest terms, for this to be accessible for a family, the person for whose estate it is claimed:

The residential nil rate band allowance is therefore not usable by siblings of the deceased, their nephews and nieces or other non-exempt beneficiaries you may wish to benefit should you not have children or grandchildren.  If the Residential Nil Rate Band Allowance is unlikely to be available to benefit your choice of beneficiaries, please start a conversation with our Edward Walter ewalter@bussmurton.co.uk or 01892 520320 as to what may assist in your own circumstances.

He advises and acts on all aspects of Inheritance tax planning and Capital Gains tax planning. He also acts in Probate administration matters and post death Variations for Inheritance tax and Capital Gains tax purposes. He also regularly advises clients regarding the making of their Wills, Powers of Attorney, Lasting Powers of Attorney, Declarations of Trust with respect to client’s properties.

He undertakes the full range of advice and work with respect to Trusts and advises on associated tax implications of those actions. He also advises generally on (tax) domicile and residence issues.

He regularly advises and acts on the registration of Lasting and Enduring Powers of Attorney, the making of Statutory Wills and gift applications at the Court of Protection.