STEP have recently published a briefing note on the proposed legislation which will allow for the witnessing of Wills via video link.

For a Will to be validly executed the current requirement is that it is signed by the testator in the presence of two independent witnesses who must then also sign and fill in their details. The current COVID-19 pandemic has created difficulty in relation to such witnessing due to the implementation of social distancing and self-isolation, especially for those considered vulnerable. Whilst some people are able to isolate with others the law states that witnesses cannot be a beneficiary under the Will or the spouse or civil partner of any beneficiary under the Will so those isolating with family members will likely still have an issue finding suitable witnesses.

The UK government is proposing temporary legislation which would allow for the execution of a Will to be witnessed via video link rather than requiring a physical presence. The legislation is due to be retrospective, and would cover Wills executed from 31 January 2020, but will only be in force for a limited time until 31 January 2022. It will not apply retrospectively if probate has already been granted or if a probate application has already been submitted.

The proposed changes would mean that a testator could sign their Will in the presence of two witnesses who were attending via video link. The Will would then be sent to each of the witnesses for them to sign over video link removing the need for any of the individuals to be physically near one another.

Whilst this sounds like a safe and possibly more convenient way to execute and witness a Will moving forward, it does not come without its potential dangers. There would be considerations in respect of the video calls themselves, the testator and witnesses would need to be able to see each other so a three-person video call would be necessary. The camera quality would need to be good enough so that the parties could clearly see the person signing. In addition, practical aspects such as internet connectivity and battery life would need to be considered to ensure the requirements were properly met, as the testator’s signature and that of the witnesses must be live and not using a pre-recording. Of course, this option would be completely unsuitable if either the testator or witnesses did not have access to video technology or were not capable enough to use the same.

Issues could also arise in respect of the time between signatures, if the testator passed away before both witnesses had signed the Will it would not be valid. There is also a risk that the Will could be lost in transit as the witnesses must sign the original Will and not a copy, therefore it would be advisable to send this special delivery or hand deliver it.

Not having the Will properly witnessed is just one reason that could cause the Will to be found invalid, other factors include abuse, undue influence, duress, capacity and fraud. If a solicitor has drafted the Will then they would have already considered these factors but if the Will is homemade then due consideration needs to be given. If you are asked to witness a Will are you confident that the person making the Will has sufficient mental capacity to do so? If they lack such capacity the Will would not be valid. Are you sure that the person making the Will has done so of their own accord and has not been influenced or threatened into doing so? It is worth considering these points before agreeing to virtually witness a Will, especially one that has been homemade, so as to avoid the validity of the Will being challenged in the future.

The proposed legislation relating to video witnessing has not been confirmed, and no draft is currently available, therefore people should exercise extreme caution if witnessing using a video link before such changes come into force as the scope and operation of the legislation is still unclear, and its implementation is not guaranteed. It is also important to remember that the legislation is temporary, and any Will virtually executed after its expiry will not be valid. If you are in any doubt as to the correct process for execution or if you require a Will and would like professional assistance to ensure that it is valid, please contact us on 01892 510222, or at info@bussmurton.co.uk. 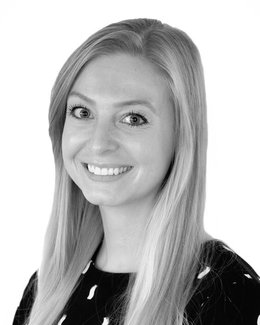 Prior to this, Alexandra completed a BSc degree in Animal Behaviour at the University of Plymouth. Whilst studying for her legal qualifications she worked as a Team Assistant in the Finance and Corporate Property sectors.