Parents are often confused about the effects of a divorce or separation on their responsibilities for their children.

Hopefully it will be possible for parents to agree on arrangements for their children, but if this is not possible, generally, it is advisable to take legal advice on the issues in dispute. In many cases, parents will be advised to try to reach an agreement via family mediation. This allows them to discuss their concerns with an independent third party who can help them resolve any di­fferences. If an agreement cannot be reached in mediation, either parent can make an application to the Court for a Child Arrangements Order, a Specific Issue Order or a Prohibited Steps Order.

A Child Arrangements Order is the order which replaces the old residence and contact orders (which in turn replaced custody and access orders!). A Child Arrangements Order sets out where the children are to live and/or how much time they will spend with the other parent. If both parents want the children to live with them, either can apply to the Court to make a decision. If the parent who is not the primary carer wants to spend more time with them than the other parent is prepared to agree to, again he or she can apply to the Court for an order setting out arrangements.

A Specific Issue Order can deal with issues such as which school a child should attend, or whether a parent can take the child away on holiday, relocate to another part of the country or even whether they should be allowed to move abroad permanently with the child.

A Prohibited Steps Order on the other hand could prevent a parent moving with a child or from changing the child’s name, from choosing a particular course of medical treatment, or from taking the child from the primary carer without their consent. The good news is that in most cases, parents will be able to reach agreement without applying to the Court, and most will view such an application as a last resort. However in those cases which cannot be resolved any other way, parents may need a Judge to decide on an issue. In these cases a Family solicitor can explain the process and provide the advice and assistance needed.

If you would like further advice, we o­ffer a free 30-minute meeting with one of our family lawyers. To make an appointment at our Tunbridge Wells, Cranbrook or East Grinstead Office please contact our team secretaries, Louise Huxstep on T: 01892 502 338 or E: LHuxstep@bussmurton.co.uk or Sophie Carn on T:01892 502 335 or E: SCarn@bussmurton.co.uk 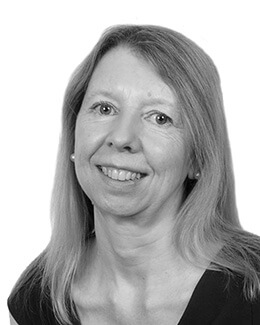